Together with host club PA All-Stars, USARS will hold the tournament on the skating rink inside the Class of 1923 Arena at the University of Pennsylvania. The event will mark the fourth national derby championship event for USARS, but the first to be held east of the Mississippi. 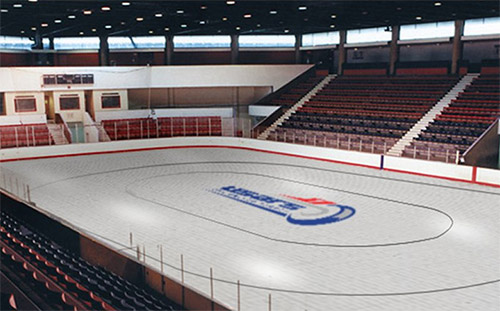 As in previous years, the tournament will be primarily for women’s roller derby teams affiliated with USARS. However, the event can be expanded to include additional categories, such as for men, juniors, and co-ed teams, if there is interest from enough teams to accomodate them.

Last year, USARS cancelled its summer regional qualfiers at the suggestion of interested teams, instead opting to hold a single, open national tournament in Stockton, Calif. The reasoning behind this was to avoid forcing participants to play in two tournaments when they may have only been able to afford to travel to one.

Once again, USARS will not hold regional tournaments, the last of which were put on in 2013, and again make nationals open to anyone that wants to come play some derby. When asked why, a USARS Roller Derby representative responded on Facebook saying, “we had such a good response to open nationals last year we thought we would keep it open again.”

Last year, a “good response” was eight women’s teams, the number of partipants at Nationals 2014. Among those teams were this year’s host PA All-Stars and eventual repeat champions, the Oly Rollers. Come this August, we’ll see how many teams, more or less, make the trek to Philly go for USARS gold.